Home / Research \ Does the Learning Medium Matter? And, Reducing the Digital Divide

Does the Learning Medium Matter? And, Reducing the Digital Divide 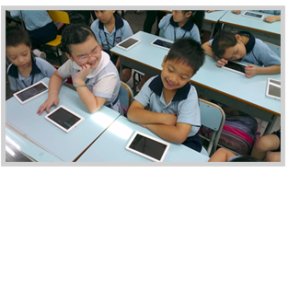 In 2012, Animoca and Outblaze donated 49 7-inch Android 4.0 tablets (Ainol Novo7 Paladin) to a Hong Kong element school in need of mobile touch computing resources. To investigate the impact of tablets used in that local school and advocates addressing the problem of the digital divide from an early age, ThinkBlaze, sponsored by Animoca and Outblaze, worked with the City University of Hong Kong to come up with a report titled with “Does the Learning Medium Matter? A Study on the Use of Low-cost Tablets in the Classroom, and Observations on the Digital Divide”.

As the report is pretty long, here is a brief summary to give you a basic idea of the finding:

Memory retention: first-grade students who attempted to memorize a set of images presented on paper and on tablets obtained higher correct memory scores when they viewed the images on paper; however, their lower scores when using tablets could be explained by experimental procedure (see discussion).

We strongly recommend reading the whole report because it provides some important information and background that are highly relevant to the above results.